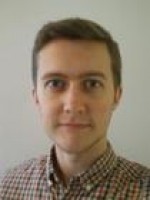 Since the last time UK voters went to the polls, a huge shift in the landscape of British society has become clear. For a country that has long taken home ownership for granted, the number of people who are able to afford it has been falling. As a result, the number of people stuck renting from private landlords has doubled in the past decade.

First time buyers were becoming rarer well before the 2008 crash, as house prices rose far faster than wages. Despite the crash, prices remained at historically high levels and they’ve been going back up again, making home ownership in places like London and the rest of the South East a fantasy for anyone who can’t turn to their family for help.

As people face many years of saving before they can raise the deposit for a house – and paying rent all that time – they are taking difficult decisions whether to start families in private rented housing, or put their lives on hold. Others have simply given up on ever affording their own home.

Private renting was never designed to house so many people – it was meant to be a stopgap for students and young professionals who expected to buy by the time they turned 30. As a result, the sector has had very little political attention and less regulation. A culture of short term tenancies encourages landlords to seek annual rent hikes and letting agents to levy spurious renewal fees. Conditions are poor, with tenants discouraged from complaining for fear of retaliatory eviction, and cuts to local authority budgets limiting the resources they have to tackle neglect.

As private renting continues to grow it will have a big impact on British society: more children will face an unstable upbringing of frequent house moves, incomes of working people will be funnelled away to landlords rather than spent in the wider economy, and an increasing number of new retirees will be spending their pensions on rent.

The government’s response to this has been to underwrite mortgages through the Help to Buy scheme, but that has helped barely 1% of the four million households in the private rented sector, and does nothing to prevent prices rising even further.

Ultimately the problem renters face is a lack of supply – there are not enough houses being built in areas where rents and prices are at their highest. However, it will take years to start meeting demand, and renters will remain in overpriced, often poorly maintained properties that they don’t even have the right to call home. We should take the opportunity to turn the second-class private rented sector into a tenure that people are happy living in.

Generation Rent is a national campaign that gives a voice to the country’s nine million private renters, a population so big they will wield a great deal of influence at the 2015 election. Private renters are less likely to be loyal to a particular party, with 35% saying they change who they vote for between elections. We estimate that there are enough floating voters in the private rented sector to overturn the majorities of 86 MPs in England. This means all parties need to listen to private renters if they want to form the next government.

Labour has already set out plans to offer longer term tenancies, ban letting agent fees and limit rent rises, but there is more they can do to change the culture of housing in the UK. The cost of housing has been inflated because so many people bet on it rising in value. If a home were seen instead as a place to live, first and foremost, we wouldn’t expect such wild price swings, and it would be affordable to all.

Generation Rent proposes a secondary housing market where homes can be built and sold at a lower price on the condition that their sale and rental value does not rise by more than a certain rate. Buyers, be they occupiers or landlords, would be opting out of the housing bubble and buying a home, not a financial plaything. All it would take is public investment of £1 billion, which could finance the building of tens of thousands of homes a year. This could finally provide a sustainable private rented sector.