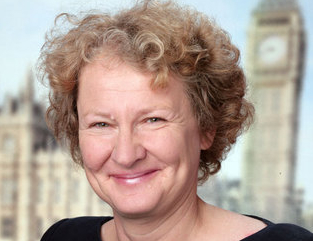 In recent weeks, many of us have enjoyed celebrations for the Chinese New Year at the start of the Year of the Dog, and Jeremy Corbyn spoke at a fabulous dinner organised by Chinese for Labour.

One of the personality traits of somebody born in the Year of the Earth Dog is resilience; as long as I work hard and do not give up, I will be successful.

In some ways, this reflects the story of the Chinese community in the UK.

There are about 7,000 Chinese-owned businesses in almost every corner of our country, making the Chinese community one of the most successful in Britain.

And then there are the cultural contributions. From Chinatowns in London, Birmingham, Newcastle, Manchester and Liverpool to contributions to our creative industries to the revolutions inspired in British kitchens, the Chinese community in the UK has transformed our country for the better.

But this community, around half-a-million strong, has also made many valuable contributions to our Party, through generous donations to tireless canvassing at local and general elections in typically wet, British weather to representing the party at councillor level.

I, as the Shadow Foreign Minister with responsibility for China, would very much like to see a Chinese Labour MP soon.

As China continues to grow as a nation, it extends its connections with countries all over the globe, some of which have not had the pleasure of having a Chinese community. By doing so, it extends Chinese culture, introducing others to its language, its food, its people and its values.

However, Chinese culture is not monolithic. Each Chinese territory has a unique culture, from Beijing to Hong Kong to Taipei. But it is these peculiarities which make Chinese culture so rich. And it is this variety which must be protected and encouraged. The best way to do so is to give them the space and the freedom to flourish. An enriched China is an enriched world.

I am interesting in hearing the different stories and perspectives of members of Chinese for Labour.

As we face local elections in the coming months, it will be important for all who share Labour values to do as much as we can to keep our seats and gain new seats. And I am sure that the Chinese Labour community will contribute as much as possible to this aim, as it always has.

I wish all Chinese people in Britain a very happy new year, and hope that their successes may long continue.