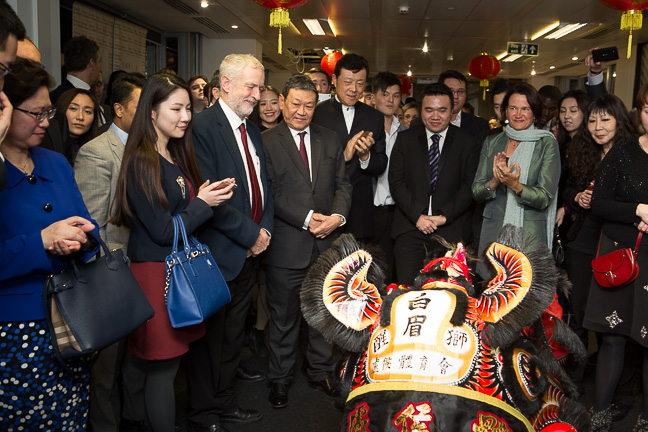 Many in attendance included the East London Chinese Community Centre, the  British Chinese Project and Islington Chinese Association, an organisation that Jeremy Corbyn has had a long and fruitful relationship with over the years.

Chinese for Labour was also proud to invite Chinese Ambassador Liu Xiaoming to speak at the reception. This was the first time an official representative from China has spoken at one of our events.

Ambassador Liu reflected on what may be coming in the new year. He emphasised the resilience of the Chinese economy, the continuing progress of Chinese/British relations and the importance of Labour's contribution between our two countries. You can read more the whole of Ambassador Liu's speech here.

Chinese for Labour Chair, Sonny Leong celebrated the diversity of Britain and the Labour party as well as warning the party not to take the ethnic vote for granted. The full speech can be read here.

Speeches were also given by Iain McNicol, General Secretary of the Labour Party, Kate Green, Shadow Minister for Women and Equalities and Tom Watson, Deputy Leader of the Party. Tom's speech can be read here.

Chinese for Labour wish everyone who attended a prosperous Year of the Monkey and thank those who spoke at the event.