Improving the quality of life for the British Chinese Community 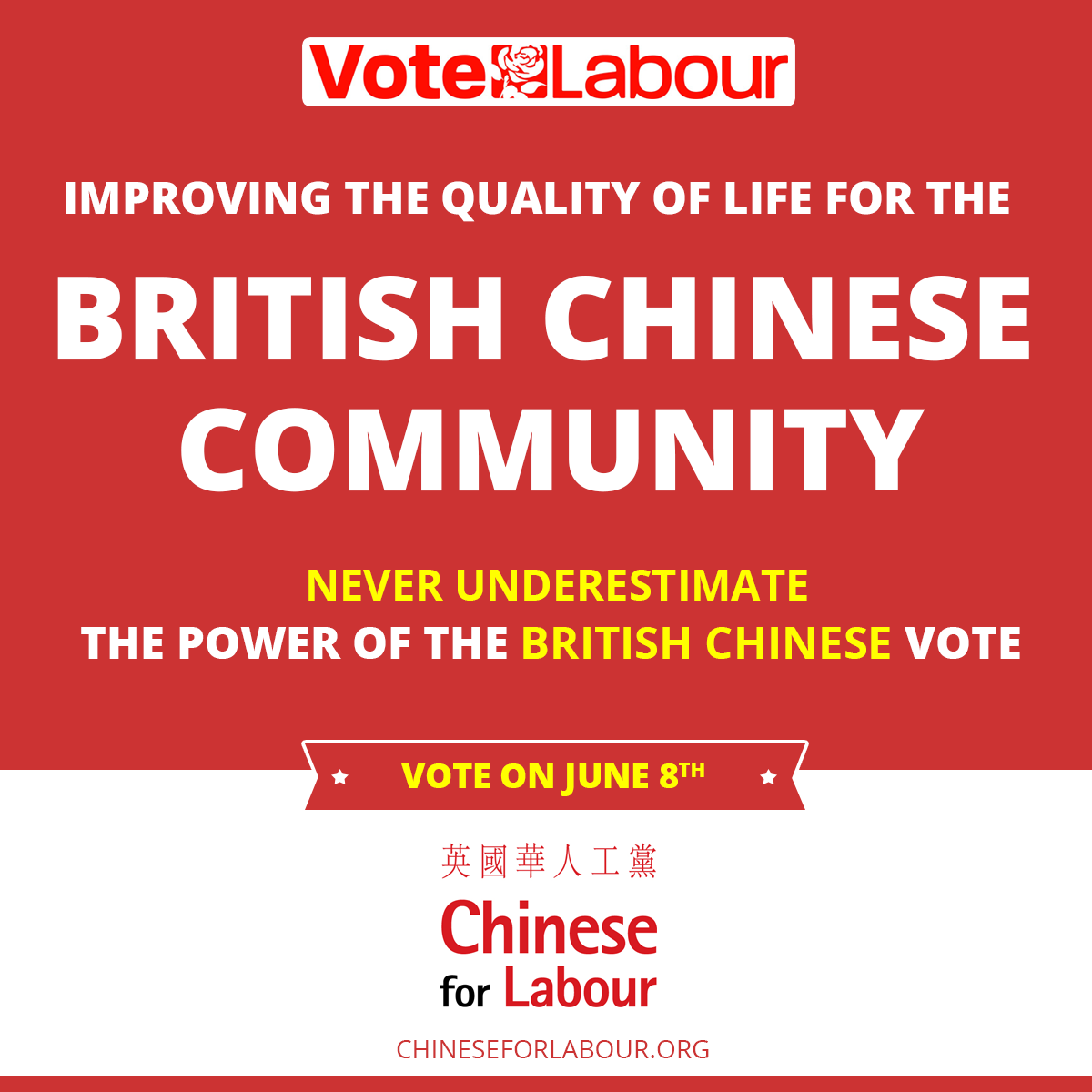 The British Chinese community have a choice on June 8th to elect a Labour Government. Labour has been taking its message to the public across the nation, fighting for every vote. Theresa May has repeatedly hidden from the public in stage managed events, running from her Conservative Government's record. 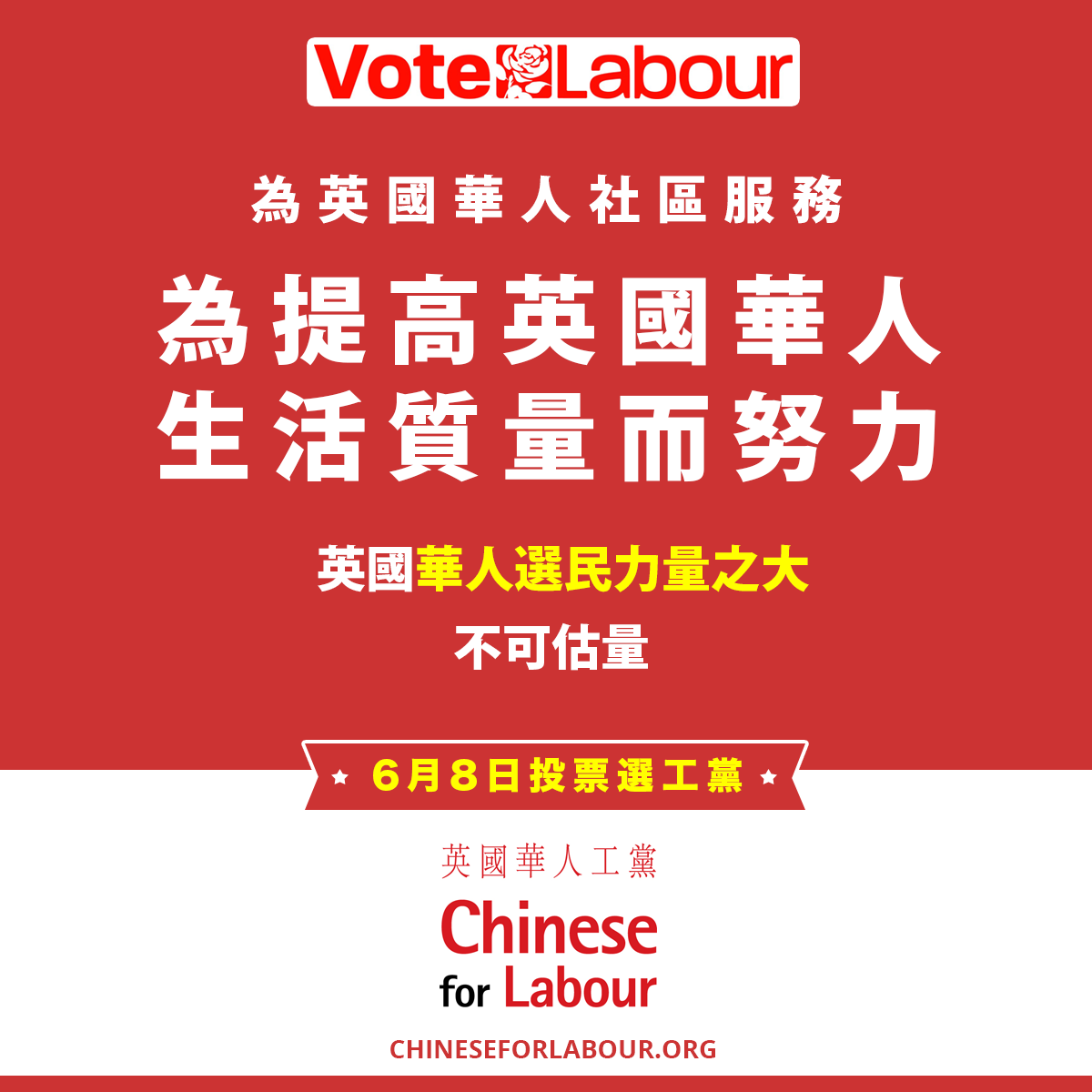 Under the Tories, the NHS and social care have been pushed into a state of emergency, with soaring waiting lists and hospitals in financial crisis. Schools across the country face cuts and class sizes are rising, while those young people who want to go to university face huge debts. House building has fallen to its lowest peacetime rate since the 1920s. And our safety has been compromised with more than 20,000 police officers cut since 2010.

The Tories have spent the past seven years giving the super-rich tax breaks, worth tens of billions, while working families are set to be on average over £1,400 a year worse off.

Labour will invest to create shared prosperity. We will protect our public services, giving the NHS the money it needs and delivering good teaching in good schools for all our children. And we will take an alternative approach to Brexit: one which protects jobs and the economy, investing in infrastructure, skills, new technology and the green industries for the future.

Labour will continue to fight for every vote up to the close of polls and beyond to the General Election on 8 June. We will deliver a better, fairer Britain where prosperity is shared, everyone is rewarded fairly for hard work and where a home to rent or buy is affordable. We will build a Britain for the many not the few.