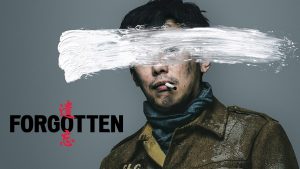 At the height of World War One, 140,000 Chinese men left everything and travelled half way around the world to work for Britain and the Allies behind the front lines. Their involvement was considered potentially pivotal in the outcome of the war yet remains largely untold, written out of history.

Daniel York Loh, playwright, Forgotten 遗忘: ‘The story of the Chinese Labour Corps is such a powerful chapter in Chinese and European relations that I was amazed it had been literally written out of the history books on all sides. There is a tendency to objectify, anonymise and dehumanise East Asian people so I wanted to bring to life the hopes, fears, dreams, stories and songs of the Chinese Labour Corps. To take the audience on the extraordinary journey that these men took – across oceans, continents, and cultures that arguably changed the course of history.’