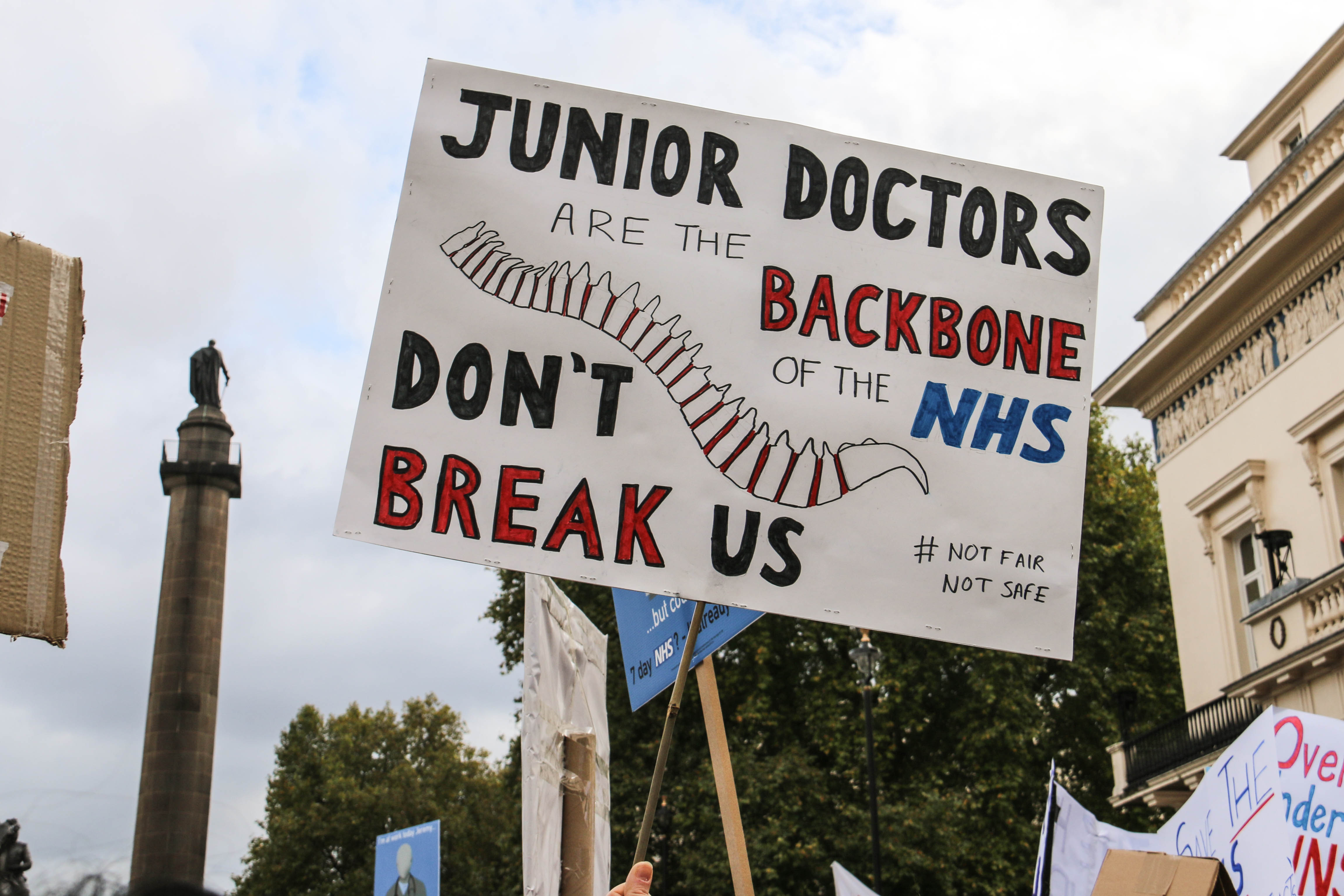 The government has been attempting to frame the mass disquiet over the junior doctors contract as purely a pay and working conditions dispute between an employer and an employee. Unfortunately nothing could be further from the truth.

The Tory government is like an employer who says, "from Monday, to improve productivity, we are going to employ an automated tannoy which shouts "work harder" on the hour every hour". Although this blue sky thinking makes no practical sense to anyone at all. You all know it is a disaster but no one wants to tell the boss.

This contract is complicated. It is about patient safety. It is about tired doctors. It is about pay. It is about lots of important issues that when lumped together is so mind-bogglingly dangerous most doctors are so speechless and don't even know where to start. This is why getting a clear message out has been so difficult. Poor decision-making and planning is a certain path to catastrophic failure.

This week, as a junior doctor, I stand side-by-side with thousands of my colleagues up and down the country telling the government that Jeremy's Hunt is not fit for patients and it is not good enough for our NHS.  The last few months have been rife with soul-searching for our profession. There is a grave responsibility that we always felt towards our patients coupled with the unspoken understanding that our goodwill and sacrifice would not be systematically abused.

Junior doctors already work in the early hours of the morning and in the weekend. They already provide the 7 day NHS service that the Tories advocate at the cost of our own personal lives. It is a personal choice that junior doctors have made that the government wish to exploit.

There have been a lot of numbers bandied around in this debate. For me there are a few simple messages that this contract says about what kind of society this government intends to build:

A society that emphasise working people to the bone, ignoring the real dangers that this could cause.
A society that makes people choose between work or family rather than striking a balance between the two.
Junior doctors are concerned about their patients well being. They are also worrying if this contract goes ahead what the impact will be to themselves and to the health sector. This government has not demonstrated that it has taken the NHS to its heart and until it stops viewing the NHS as an emerging "healthcare market" then its plans are sure to fail.

Jayne Lim is a executive member of Chinese for Labour and a junior doctor.