Winning in 2020 is going to be a big ask. The Conservatives are using the power of government to rig the system, with boundary changes, tougher registration requirements, votes for ex-pats and partisan attacks on the Labour party’s funding. But the underlying electoral map is daunting too. The Tories start well ahead of Labour in terms of MPs and have big majorities in many seats that were ours not so long ago.

Last summer the Fabian report The Mountain to Climb predicted that, after the boundary changes, Labour will need to win 106 extra seats, and 40 per cent of the vote, to gain a majority in 2020. In numerical terms the task is twice as hard as the challenge facing Ed Miliband in 2015: last year Labour needed an electoral swing of around 5 percentage points in the decisive marginal seats; next time it will be more like 10 points.

There is another vital difference between 2015 and 2020. In the last election Labour could have plausibly won without gaining that many Conservative voters, by winning over Liberal Democrats and the politically disaffected. Now, in the pivotal English and Welsh marginals, there are too few voters of that sort for this to be a strategy for victory. The analysis in the Mountain to Climb suggested that 4 out of 5 of the new voters Labour would need in those seats would have to be ex-Conservatives.

This poses a dilemma for the party leadership, who seem to be focused on building a coalition of the left, the young and the disenchanted. The Fabian Society’s analysis implies this strategy cannot succeed alone.

First, consider the goal of attracting more non-voters to the polls. It is a laudable aim and was already part of Labour’s strategy in the run-up to the 2015 election. But despite a brilliant ‘ground war’ and five million conversations, turnout went up in 2015 by only 1 per cent nationally and 1.2 per cent in Labour target seats. If Labour runs a similarly professional operation in 2020, and manages to increase turnout by another 1.2 per cent, the party would only win 11 more seats in England and Wales – even if every single one of the new voters backed Labour.

Perhaps Labour could go further and achieve a boost in turnout in England and Wales that matched the rise in Scotland in the wake of the referendum? But even if there was a Scotland-style increase in turnout of 7.3 per cent in the English and Welsh a maximum of 52 seats could be won marginals (if all those voters backed Labour). This is still dozens of seats away from a majority: just boosting turnout is not enough.

The party’s ambitions for mobilising non-voters overlap with its focus on young people. It is clear that Jeremy Corbyn has generated enthusiasm amongst many young people, and of course Labour should be doing everything it can to encourage that. But at the last election the party already had an unprecedented focus on the youth vote, particularly through the use of social media. The party saw its support amongst young people surge, largely at the expense of the Liberal Democrats.

But Labour’s failure in 2015 underlines the difficult reality that comparatively few young people actually vote. According to Ipsos-MORI, in 2015 just 43 per cent of 18 to 34 year-olds voted, compared to 78 per cent of over 65s. A Scotland-style surge in turnout would reduce this gulf, but not by all that much. On top of that, there just aren’t that many young people. The number of people eligible to vote aged over 65 and under 34 is roughly the same, but with older people more likely to register and more likely to vote, they have much more electoral power.

The Labour leadership is also hoping to win over the supporters of other left-leaning voters. But in last year’s election the Liberal Democrats and the Greens together won only 12 per cent of the vote, and slightly less in the marginal seats Labour now needs to win. Labour would only win 29 English and Welsh seats even if Labour secured every single one of the Green and Liberal Democrat votes from 2015. Even if you combined a huge boost in turnout and winning over almost all supporters of other left-leaning parties, it would still not be enough for a Labour victory.

Finally, there is UKIP, who secured 12.6 per cent of the vote, including many disillusioned former Labour supporters. Clearly Labour needs to appeal to these voters, but a strategy reliant on winning them back is unlikely to be decisive in Labour-Conservative marginal: if there is a widespread UKIP collapse, Labour and the Tories are likely to benefit equally.

Of course, after the 2015 polling debacle, no one can predict anything with certainty. But the prospects for a strategy based on boosting turnout, attracting young people and uniting left-leaning voters seem bleak. And there is another point. For every non-voter or left-voter Labour attracts, the risk is that the party will lose another to the Conservatives in the centre. Labour wrongly assumed at the last election that it could rely on people who voted for the party in 2010 to do so again. In fact it lost votes to all the other parties, including the Conservatives. Labour’s 2015 vote may not be as low as it can go. 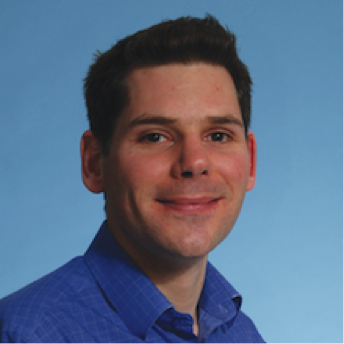 Andrew Harrop is the General Secretary of the Fabian Society.