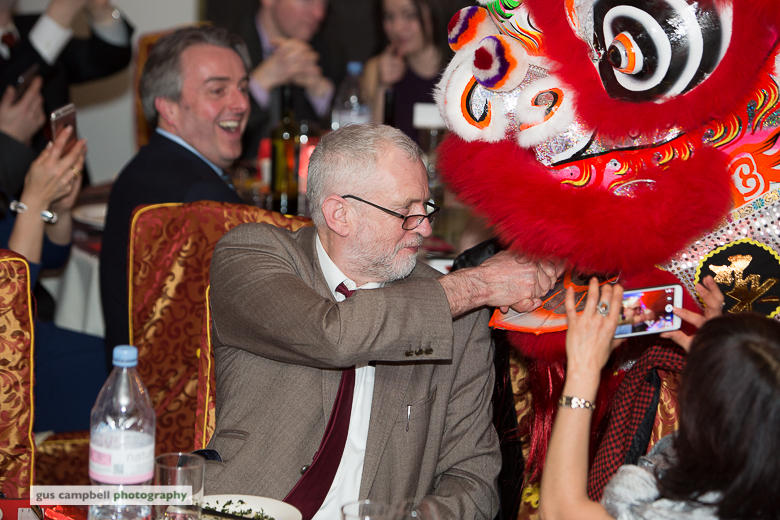 On Wednesday 24th February 2016, Chinese for Labour celebrated Chinese New Year with their annual banquet at the Phoenix Palace. Over 200 people attended the event including British Chinese guests from business, the arts, students, public services and charities. Many members of Labour's Shadow Cabinet and fellow MPs and peers were also represented.

Sonny Leong, Chairman of Chinese for Labour, praised the diversity of Britain and emphasised the vital need for the Labour Party to continue reaching out to ethnic minority communities. Sonny also gave special thanks to Raymond Siu, owner of the Phoenix Palace for hosting the event.

Jeremy Corbyn thanked Chinese for Labour for its support and contribution to the Labour Party. He welcomed the British Chinese community's contribution to British society, called for more Chinese to be taught in our schools and for the Government to stop its negative attitude to international students.

Hilary Benn spoke of the need for Britain to remain part of Europe especially in an increasingly globalised world. EU membership gives the British people jobs, investment and growth, and leaving the EU brings great uncertainty and risk.

Chinese for Labour wish everyone who attended the event a prosperous Year of the Monkey and best wishes for the future.

Great to celebrate the Year of the Monkey and work of @Chinese4Labour last night. pic.twitter.com/Mm6uDW9wUx