Celebrating the Year of the Earth Dog 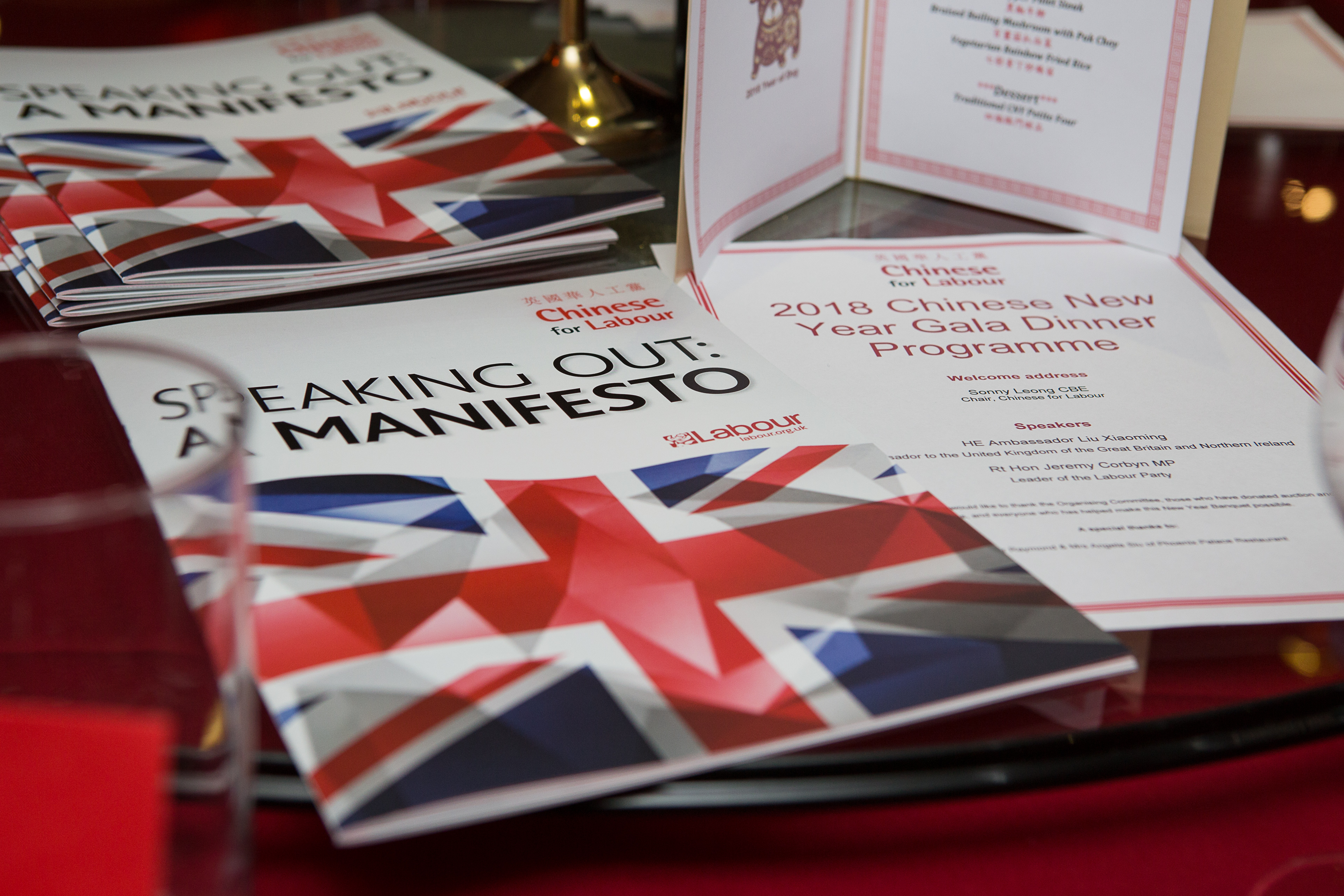 Nearly 200 friends, members, supporters and Labour parliamentarians braved the cold snowy weather on Wednesday, 28th February evening to join us to celebrate the Year of the Earth Dog at our annual banquet at the Phoenix Palace.

HE the Ambassador of the Chinese Embassy, Ambassador Liu Xiaoming together with Minister Ma Hui, Minister Counsellor Jin Xu and other senior officials were also in attendance. Deputy Director General Cherie Yeung from the HKETO was also present.

Jeremy Corbyn in his address said, “Chinese people have contributed hugely to British life. With 7,000 Chinese owned businesses in the UK almost every corner of our country will have a Chinese-run business contributing to their local economy. From our creative industries to our public services, Chinese people make an invaluable and often overlooked difference to our country. So thank you for all your contributions.” He also launched the Chinese for Labour Manifesto, Speaking Out which was widely received by the Party.

Sonny Leong said, “There is more to do in fully engaging the Chinese community, to bring them to Labour and empower them to make their greatest possible contribution to British society. And so we have developed our first ever Chinese for Labour manifesto, which sets out an agenda that we hope the Labour Party will adopt to engage with and serve the British Chinese and broader East Asian community.”

He also said “China’s One Belt One Road initiative will reshape global trade and relationships, and we hope will also re-connect and engage Chinese communities from across the world to China.”