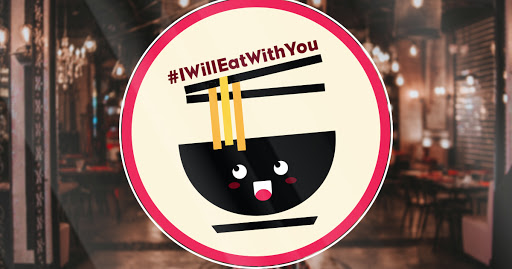 Chinese people in the UK are facing increasing levels of racist abuse - many have had ‘coronavirus’ shouted at them in the street, on public transport, in the workplace. But it is not only Chinese people. It is ALL Eastand South East Asianswho are under attack, and even those who seek to protect them.

A British Thai city worker has been violently assaulted and left bleeding with a broken nose, and a South Asian woman was punched unconscious when defending her Chinese friend from a racist attack. East and South East Asian businesses have been decimated.

Yet the virus was in fact brought to Britain by a white businessman. This fact has been ignored. There is no more likelihood of contracting the virus from an East or South East Asian than anyone else.

From Friday 28 February to Sunday 1 March 2020, we are supporting the #IWillEatWithYoucampaign to help East and South East Asian communities and their local businesses.

Don’t be dictated to by fears which are based on racism.

SkyNews, the BBC, Channel 5 and other media outlets have reported on this unacceptable escalation in racist attacks. Other media sources have created scaremongering headlines based on racialised conjecture, which fuel further fear and assaults.

You can help. So fight racism – join this simple campaign. Get a takeaway or sit in at your favourite local eateries and share your photos on social media with the hashtags #IWillEatWithYou #LoveChinaTown #HateRacism